Absoluxe is lucky enough to sit on the boarder of both The Lake district and Yorkshire dales National Parks. Which are both full to the brim of history and culture. They are also home to some of the UK’s most prestigious Stately homes and Castles. Below is our guide to the best sites to visit in the area.

Famed for its stunning gardens and rich history, Sizergh Castle is a medieval masterpiece.

Built in the 14th Century, the castle is best known today for its extensive art collection and beautiful garden lake. The castle has a rich calendar of events so make sure to check out their website before planning your visit. Such as special exhibitions and guided walks.

Built in 1759 this Historic Estate is famous for its Georgian-Gothic architecture. Renowned locally for its fantastic outdoor theatre productions, the grounds of Leighton Hall come alive, with Music and Drama. Past productions have featured works by Shakespeare and the open-air adventures of Wind in the Willows. Make sure to pre-book tickets for the perfect summer’s night out! 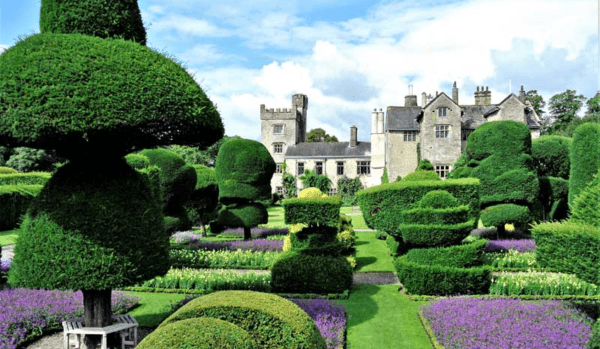 Famous for being home to the world’s oldest topiary Garden and located at the gateway to the Lake District. Levens Hall has grown from a stark, imposing Pele Tower built c1250-1300, into a warm and welcoming family home. The impressive Elizabethan House calls its gardens “an awe-inspiring wonderland” and its easy to see why.

Built in the early 1200’s Kendal Castle is now an impressive ruin, which is definitely worth exploring. From here you can get stunning views over the bustling market town.

During the Tudor period, the Castle became a ruin, and has remained so ever since. Most of the Castle walls survive along with one of the towers. The manor hall was the most important building in the Castle, and parts of it remain to a significant height.

The castle is also a free attraction, perfect for an afternoon exploring the area.

If you fancy going off the usual tourist track Arnside Tower is the place to visit. In the second half of the 15th century, Tower houses were built throughout the border regions of northern England and southern Scotland. Due to the threat posed by Border Reivers.

The tower is now privately owned and remains in a ruinous state. Tourists are recommended to view the tower from the dedicated footpaths that run alongside. 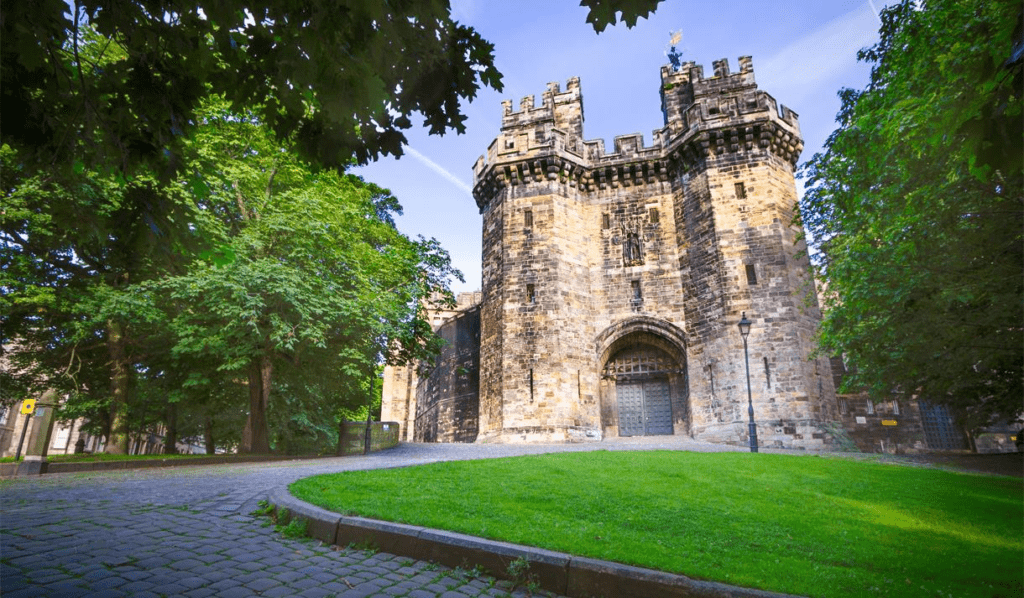 Lancaster Castle is a medieval site in the heart of the city. The Castles early history remains unclear. However many believe it to have been founded in the 11th century on the site of a Roman fort. In 1164 the castle came under royal control and was invaded by the Scots in 1389. It again saw military action during the Civil War.

The castle was first used as a prison in 1196 all the way through until 2011. The castle was then returned to Duchy ownership from the Ministry of Justice. The Castle is now open to the public seven days a week.

Holker Hall, has never sold throughout its 400 year history and is currently the family home of Lord and Lady Cavendish. It is a delightful family home with fine displays of antique furniture and art.

Every summer Holker holds its famous ‘Chilli Festival’ A two day Festival with specialist chilli companies from all over the country, local specialist food suppliers. Catering featuring cuisine from around the world and the much anticipated chilli eating competition.

You can also take a look at our blog Rambling Routes around Kirkby Lonsdale to find the best walking tails in the area.