Lose yourself in the most stunning views the north of England has to offer. With cascading waterfalls, historical ruins, and incredible feats of engineering. The Yorkshire Dales are truly a feast for the eyes.

If you fancy a view which is steeped in history, a drive to Pendragon Castle will be your perfect destination. According to legend the original castle was built by Uther Pendragon, father of King Arthur, in the 5th century and may have been the site of his death when a well was poisoned by the Saxons. Today, the ruins stand proud within the landscape of the Mallerstang valley, to the south of Kirkby Stephen. 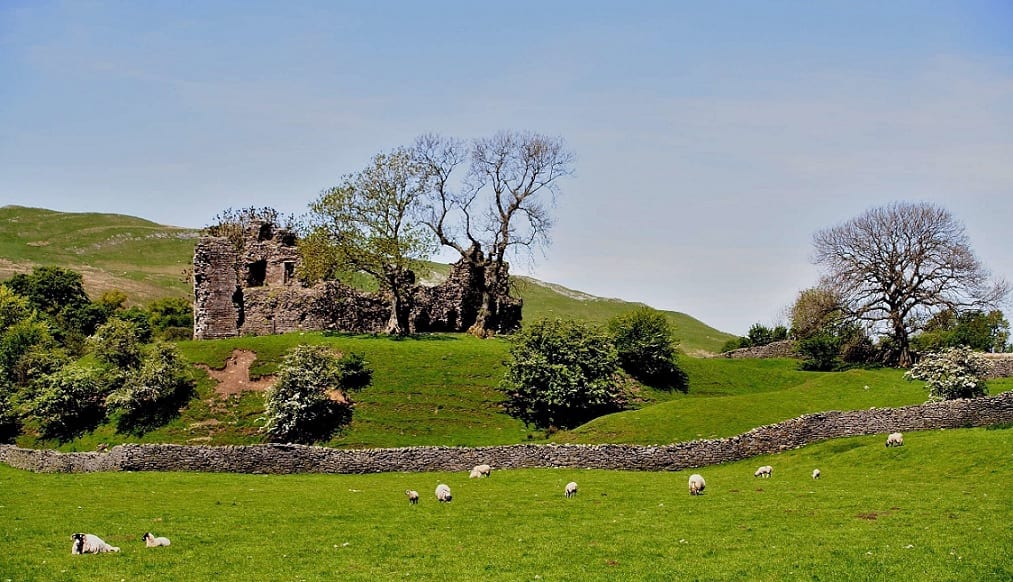 Garsdale is a narrow spectacular valley which defines the south eastern edge of the Howgill Fells, on the western slopes of the Pennines, between Baugh Fell to the north, and Rise Hill to the south. Garsdale’s river, the Clough, is mainly shallow and rocky, with occasional pools large enough for swimming, though the water is always extremely cold. The views are just as spectacular from the edge of the river if you don’t fancy taking a dip. 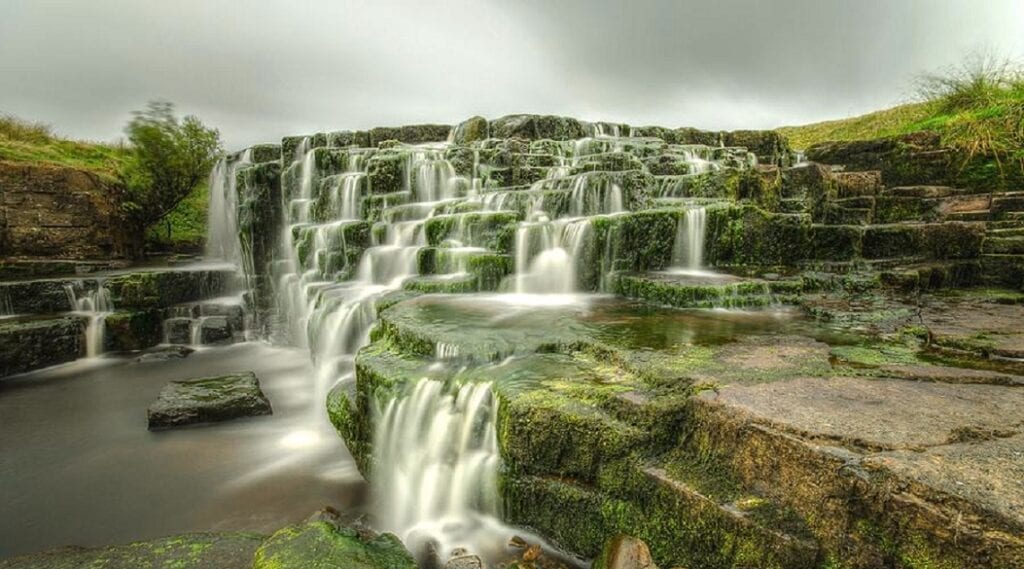 Venture of the beaten track and discover Scales Moor. Shadowed by the 3 Yorkshire peaks, the rugged moor lays between Ingleborough and Whernside. Its dragon like scales sweep over the landscape, it can be treacherous under foot so be sure to take your time. Most visitors flock to the high points of the neighbouring mountains, leaving this undiscovered treasure for the more adventurous traveller. 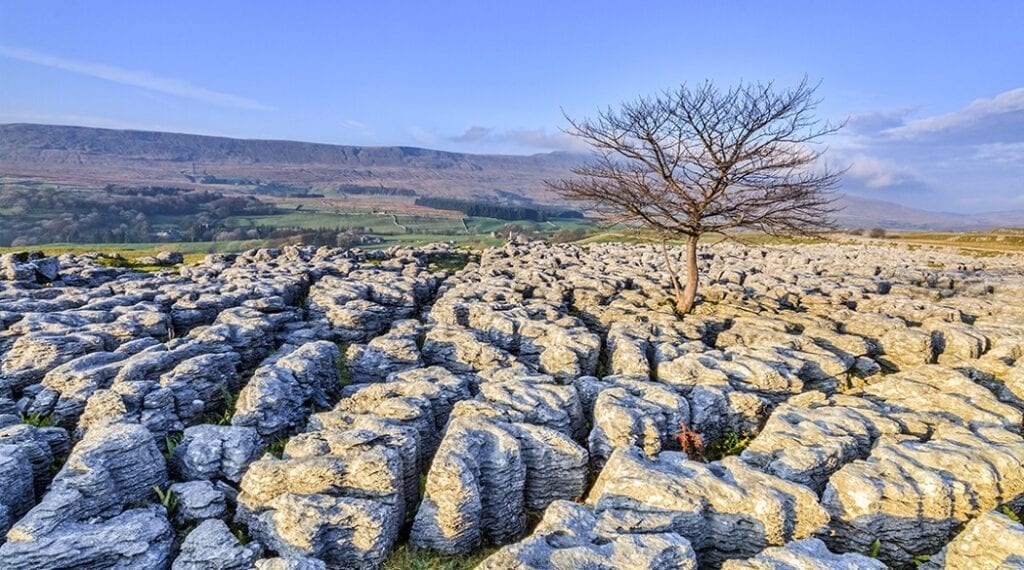 Ribblehead viaduct is just over the border from Cumbria into North Yorkshire, but has the most impressive structure on the Settle-Carlisle Railway line. Hundreds of railway builders lost their lives building the line, from a combination of accidents, fights, and smallpox outbreaks. In particular, building the viaduct, with its 24 massive stone arches 104 feet above the moor. The impressive structure stands as both a functional feat of engineering and a memorial to those who lost their lives. 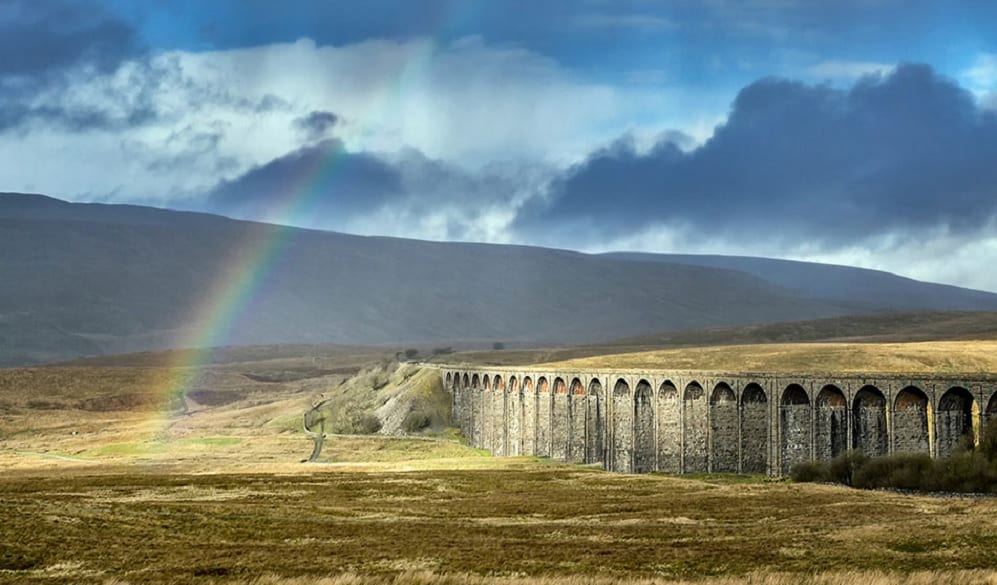 Aysgarth Falls are a triple flight of waterfalls, surrounded by undisturbed woodland and farmland. Carved out by the River Ure over an almost one mile stretch on its descent to mid-Wensleydale in the Yorkshire Dales of England. The falls are quite spectacular after heavy rainfall as thousands of gallons of water cascade over the series of broad limestone steps. The Falls have attracted visitors for more than 200 years, including John Ruskin, J. M. W. Turner and William Wordsworth, all enthusing about the falls’ outstanding beauty. The falls were featured in the film Robin Hood: Prince of Thieves. 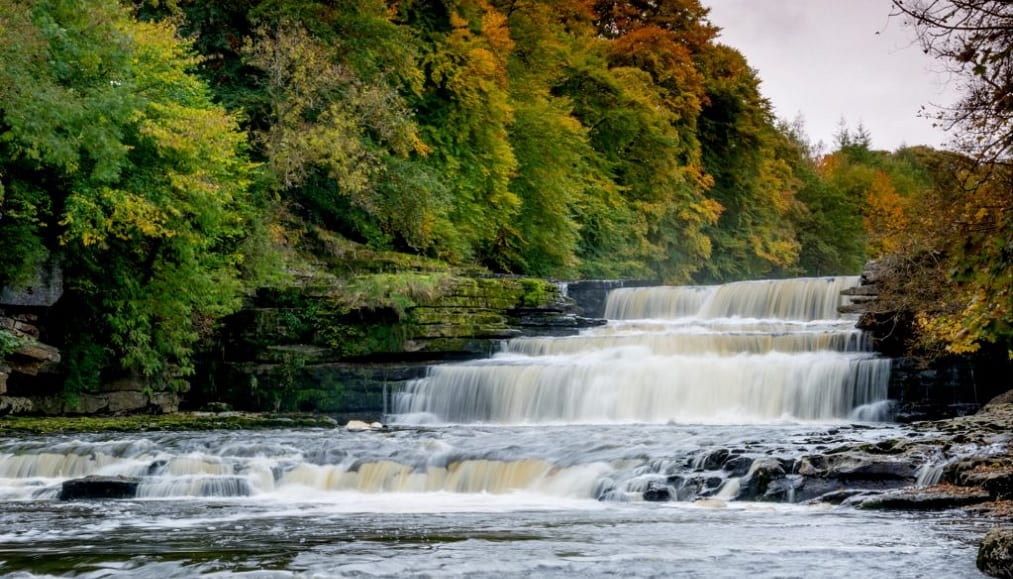 Scaleber Force is situated in a deep woodland area just outside the village of Settle. It is without doubt one of the most attractive and atmospheric waterfalls in the Yorkshire Dales. While the view of Scaleber Force from the bottom of the path is beautiful it is worth carefully scrambling over a couple of the lower ledges to get a closer look at the main waterfall. 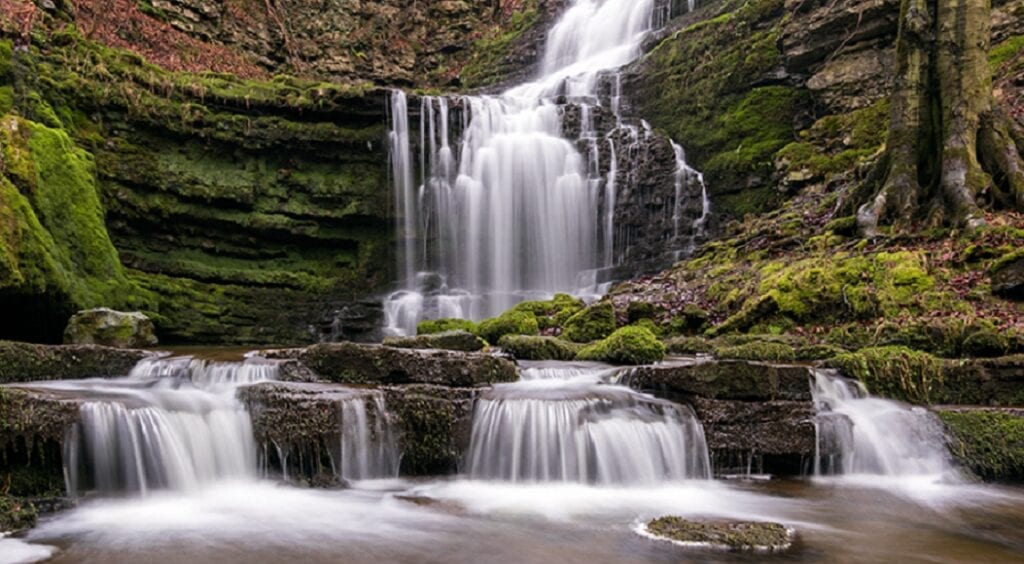 The home of Harry Potter, Lord of the Rings and the most spectacular views. The carved limestone was originally formed by a 260ft high waterfall. The impressive curve of Malham Cove spans an impressive 1000ft, giving you equally spectacular views from the top or the bottom. Dependent on if you fancy the climb. 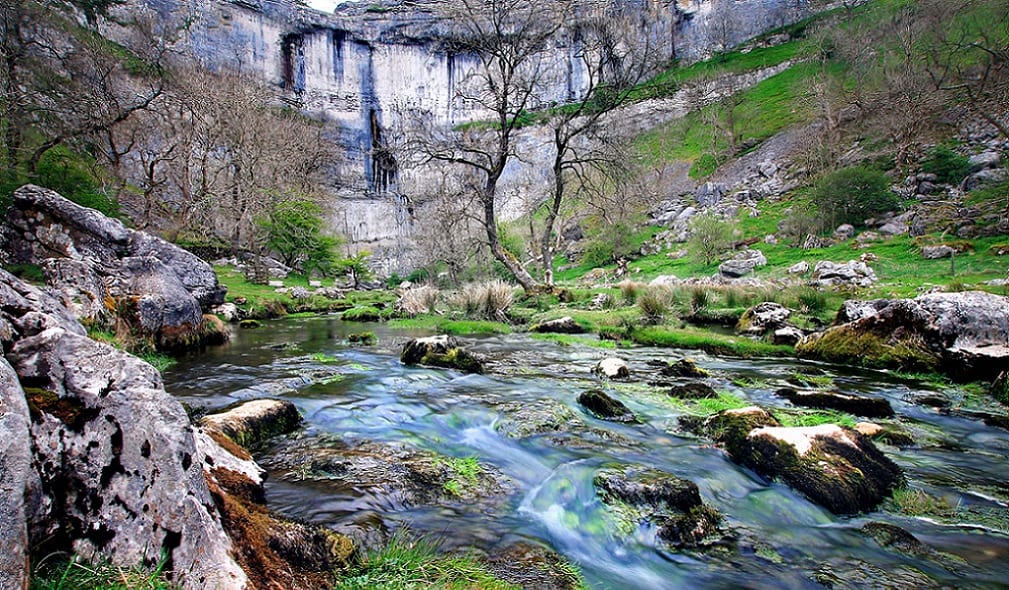